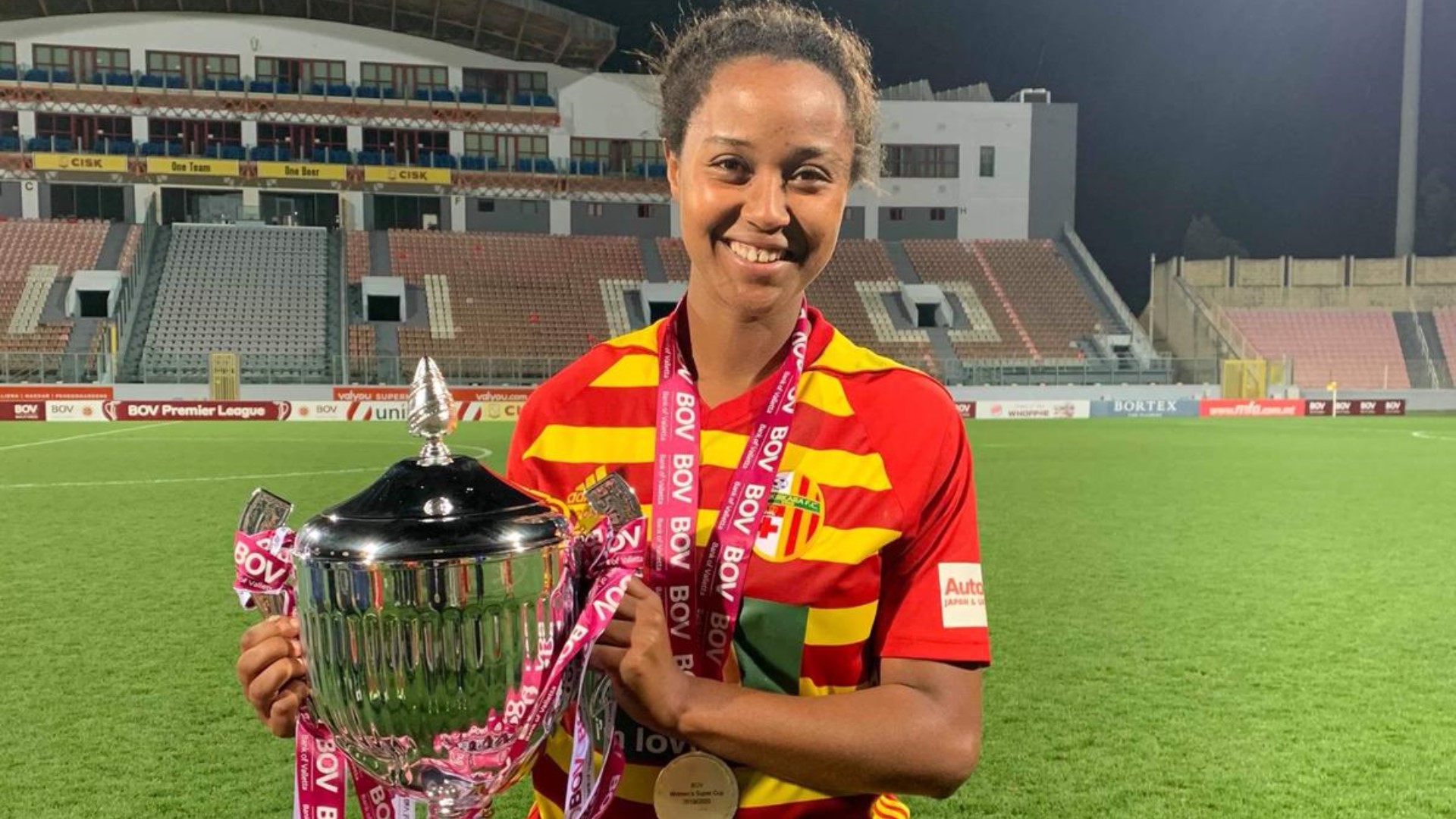 Birkirkara striker Loza Abera has insisted that she is nowhere near her best yet despite reaching the 30-goal mark to help her side to domestic glory in Malta.

The cancellation of the Maltese BOV Women’s League due to the coronavirus outbreak last week saw Birkirkara crowned 2019-20 champions and Abera emerged top scorer, with 30 goals in 12 games – seven ahead of runners-up Bugeja Haley of Mgarr United.

The title triumph was the second for Abera in Europe, with her first the Swedish Elitettan crown in the colours of Kungsbacka DFF in 2018 which she scored three goals in eight games to power the team to the Damallsvenskan for the first time.

Before joining for Melania Bajada’s team in September, the striker helped Adama City to win its first-ever Ethiopia Women’s Premier League title in 2019, scoring 18 goals in nine games, and revealed she is enjoying the good times in front of goal in Malta.

“I’m so glad God helped me to achieve what I wanted when I arrived here in Malta last year,” Abera told Goal.

“It is a great joy for me to emerge the highest goal scorer and also win the league title with my team. I wish to have scored more if the league had been concluded but I am still very proud of what I have been able to achieve.

“In reality, my best is yet to come. I’m just looking ahead to those times really and improving as much as I can. As good as things are now, I must keep improving to only get better. “

The 22-year-old scored 33 goals in 13 matches as Birkirkara won the 2019  Women’s Super Cup and Women’s League title – their ninth crown in history.

On declaring the season over after 12 matches, the Ethiopia international expressed her disappointment but is adamant that all that mattered was winning the league title.

“When I saw the news I felt very sad because we wanted to play our remaining games and also finish the season and winning the title on the pitch without losing a match,” she continued.

“As a team, we were determined and always ready to overcome our opponents because all the teams wanted to beat us.

“We were having a great time and again, we were all in good spirits and fellowship. The most important thing is that we end up in a consistent position all season and still emerge as champions.

Having won her first top-flight title in Malta, Abera will shift focus on making a huge breakthrough on the continental as Birkirkara represents the country in the Uefa Women’s Champions League next year.

Sports in Egypt through the Ages

‘Football is like boxing, you have to know when to attack’ – Atletico were not lucky to beat Liverpool, insists Simeone