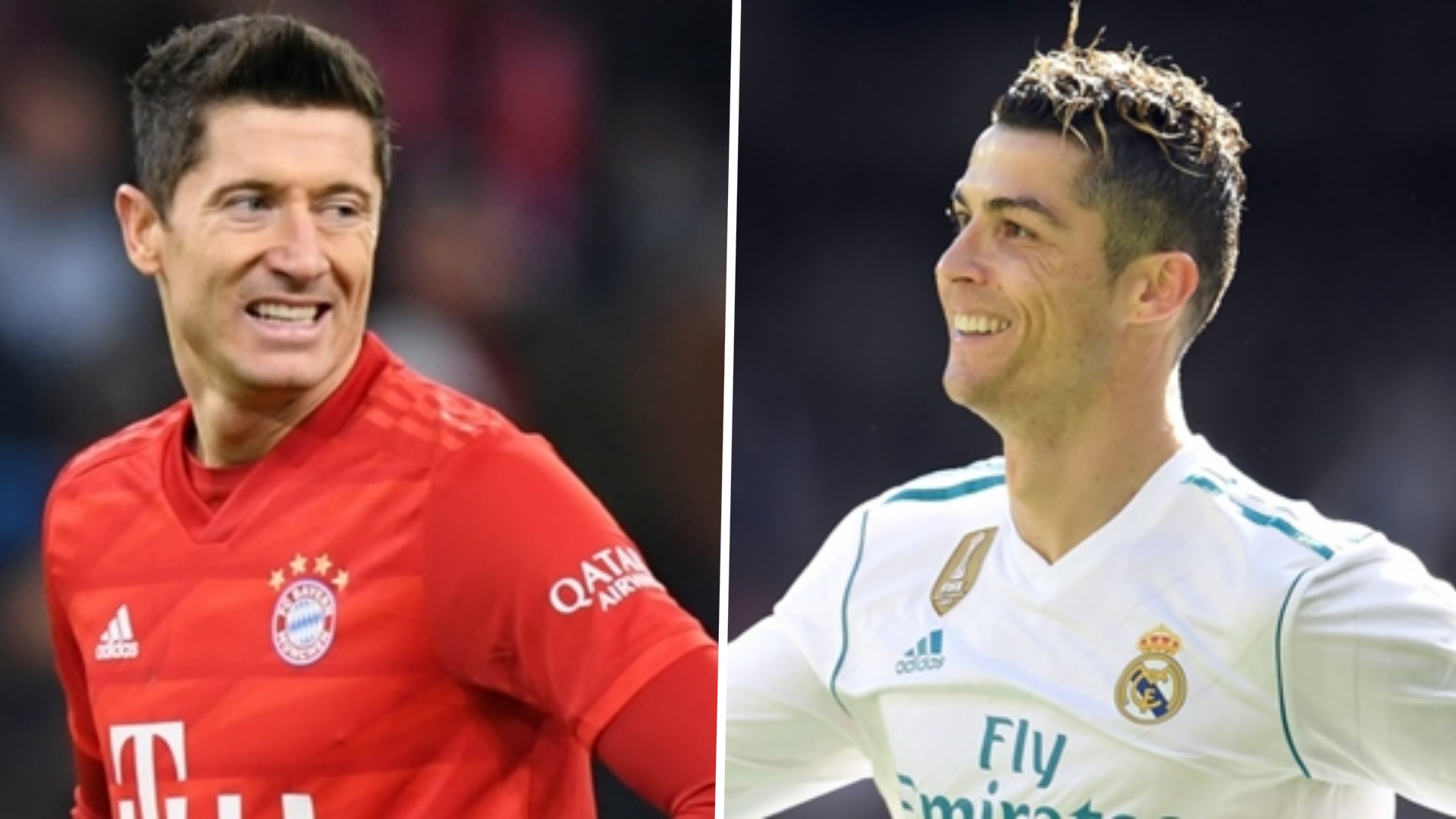 Robert Lewandowski wanted to join Real Madrid to play alongside Cristiano Ronaldo before being persuaded to sign for Bayern Munich, according to the striker’s former adviser Cezary Kucharski.

The Poland international linked up with Bayern on a free transfer from Bundesliga rivals Borussia Dortmund in 2014 and has been a prolific source of goals during his time at the Allianz Arena.

However, the 31-year-old’s career could have turned out very differently if Lewandowski had reneged on his agreement with Bayern and followed through with his desire to be Ronaldo’s team-mate.

“At one point in the negotiations, he no longer wanted to sign a contract with Bayern, and wanted Real Madrid instead because Ronaldo played there,” Kucharski told Polish YouTube channel Futbolownia.

“I convinced him that he had to be the number one striker at a big club. At Real Madrid, he would have prevailed over Karim Benzema at some point, but I couldn’t allow him to move to a club as a number two given the status he already had at that time.

“I emphasised this in all discussions, whether it was with Real Madrid, Arsenal or Manchester City.”

Kucharski did acknowledge that Lewandowski was also apprehensive about joining Bayern amid reports over how he would fit into then-coach Pep Guardiola’s team and suggestions he was no better than Mario Mandzukic.

“It’s funny today, but Lewy really had doubts at the time,” he said.

The promise of taking Mandzukic’s No.9 shirt had a big influence on Lewandowski’s eventual decision, with Kucharski reflecting: “That was crucial for me and showed me that Bayern was the safest move for him after his time at Borussia Dortmund.”

Lewandowski, who is enjoying the most prolific season of his career to date, is under contract at Bayern until 2023 and Kucharski does not feel the forward should end his playing days anywhere else.

“He will end his career at Bayern,” he added. “If I was still his adviser, I would at least advise him to do that. I think only Ruud van Nistelrooy went to Madrid when he was over 30 years old. Instead, I would concentrate on Bayern to continue breaking records.”

Nyamweya: FKF now meddling into work supposed to be done by KPL